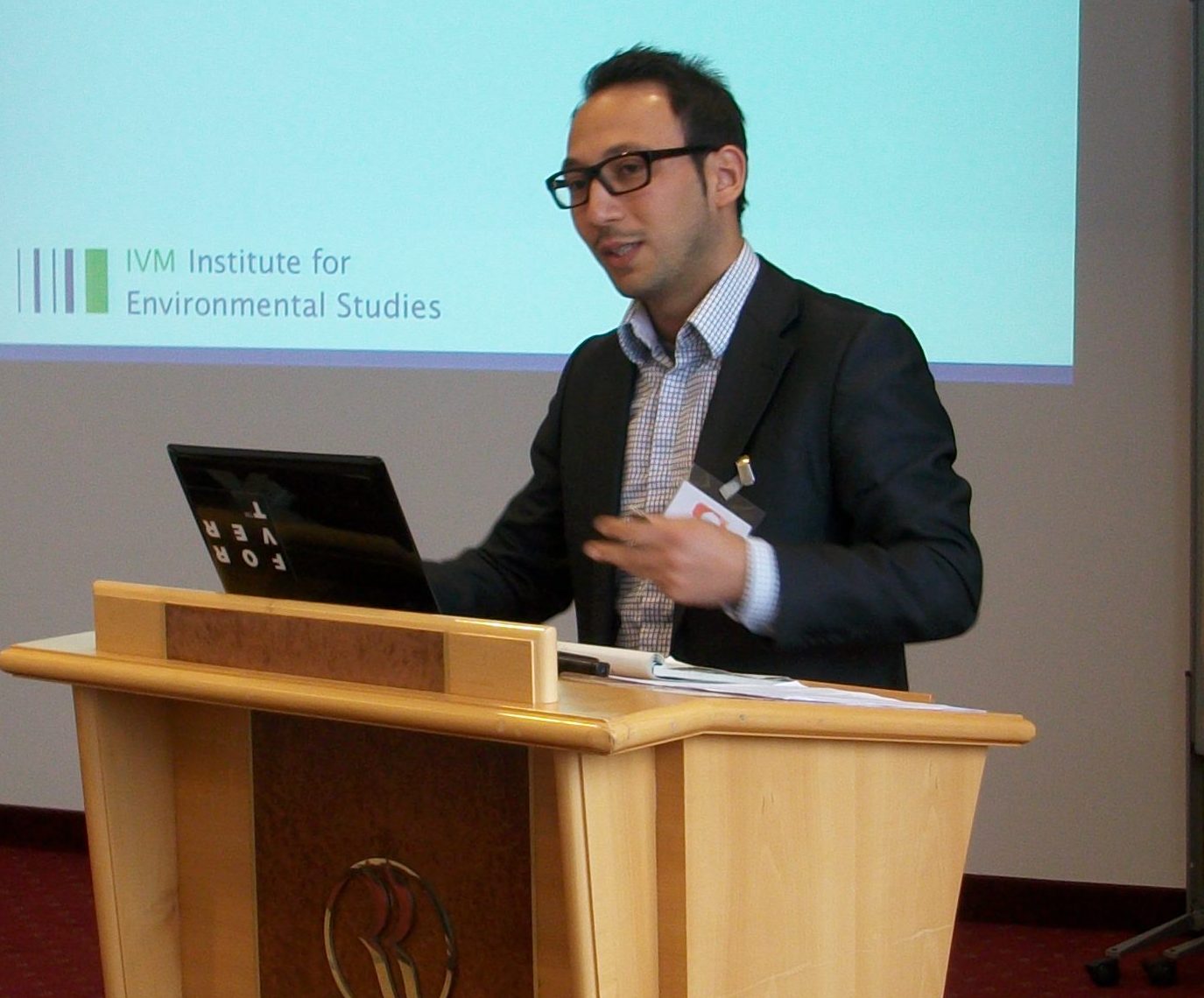 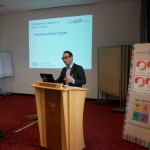 Reposted from the IKS (Institute of Korean Studies) website. The IKS organized an international academic conference with the title of “Lost and Found in Policy-Translation” for two days between 30 and 31 March 2012. The conference was attended by participants from Germany, The Netherlands, Croatia, Korea and the United States.

In the first panel moderated by Marion Eggert (director of KS, RUB), the participants shared the fundamental questions of the approach: how to understand and approach the concept of policy-translation; whether it is an ontological, a methodological and a normative concept and so on. Eun-Jeung Lee (director of IKS, FUB) picked up the various dimensions of translation and their implication for Korean studies, elucidating transfer of knowledge as a matter of translation. Farhad Mukhtarov introduced the debates on transfer and translation and analyzed various elements in the concept of policy-translation.

In the second panel, moderated by Jang Hee Yoo (Ewha Womans University, Seoul), participants intensively focused on the applicability of the policy-translation concept for studying social policy and welfare state. Paul Stubbs (Institute of Economic Policy, Zagreb) suggested overcoming the macro-regime-oriented international comparative study, which has dominated the academic field; emphasized the necessity of an anthropology-style micro-analysis; and argued for the usefulness of the policy-translation concept for the purpose. Yun Tae Kim (Professor in the Department of Sociology, Korea University) elucidated the macro dynamics of the Korean welfare state including the aspect of discourse politics. Myung Joon Park (IKS) dealt with the role of policy-entrepreneur in the process of policy-translation from his empirical case study on an labor market institution in South Korea.

In the third panel moderated by Wolfgang Heinz (German Institute for Human Rights in Berlin), participants discussed the legal change and flow of legal systems, intensively discussing the concept of policy-transplantation. Gebhard Rehm (Department of Law, University of Munich) emphasized the difficulties of legal reform through transfer or transplantation. Seog Yung? Song (Seoul National University) also elucidated the distortion and complicatedness of the legal system’s transplantation by analyzing the transplantation attempts of Korea to adopt the German party clause. Hannes Mosler (IKS) reviewed the critical arguments of the two speakers, showing how creatively legislation, law and adjudication were conducted or transformed in South Korea by applying a discurse theoretic approach to the circulation of legal ideas and norms on the basis of an understanding of the process as legal translation.

After the three panels, all the participants proceeded with the final discussion. Synthesizing the discussions for the all panels, they discussed the possible utilities and further tasks of elaboration regarding the translation concept; they tried to find out its implications in the research areas of Korea-related studies; and they shared the vision of the project for the next two years. In addition to the speakers having presented their researches and opinions, various experts were invited to and joined the discussion rounds such as John Lie (University of Berkeley, California), Jin Wook Shin (Choongang University, Seoul), Ho Gyun Kim (Myongji University, Seoul), Werner Kampeter (Friedrich Ebert Foundation), Paul Talcott (Japanese Studies, FUB), Axel Rüdiger (University of Halle) etc.