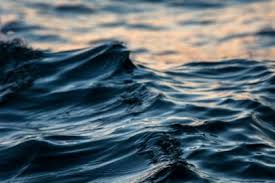 How often do you see a scientific concept with which you have dealt in your PhD in a museum on a sight-seeing tour? A product of isolated and a bit weird scientists in an ivory tower cannot make it to the popular arenas such as musea, right? Alas, a surprise awaited me in Barcelona!

Last November I visited the Archeological Museum of Catalonia in Barcelona, which is located in a beautiful yellow building of creative shapes that one finds in Barcelona. You can see it at the picture above, a very interesting venue with great exhibitions. Towards the end of my visit, I was surprised to find out an exhibition on Integrated Water Resources Management entitled characteristically “Water is Life”. And I almost missed it as it was my companion who drew my attention to it…

I enjoyed the exhibition a lot, here are a few pictures that I took and which give a basic idea on water as a resource, an object of worship, and a particular factor in the development of Mediterranean culture. And you can also learn a bit of Catalan in such a way, as it appears alongside English and Spanish, and frankly, was quite understandable to me due to a little bit of knowledge of French.

Having checked the website of the museum, I found out that the exhibition is a dissemination effort from the project called the Mediterranean Dialogue on Integrated Water Management (MELIA) and has been to other Mediterranean cities.

This encounter demonstrates that Integrated Water Resources Management (IWRM), as a water management discourse, has gained prominence not only in the academic and policy circles, but also with members of general public, such as museum-goers. And gave me hope that maybe what I do is not just limited to the realm of an ivory tower of science. It is nice to have such an encounter in one’s vacation!