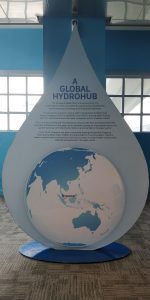 On Saturday 29 August at 1700 CET I will give a talk within the auspices of the Alpbach Forum and the Azerbaijani Cluster of the forum. The title of the talk  is “The Rise of Global Hydro-hubs: How Expertise of Water Management Became a Much Wanted Commodity”. At the end of the lecture you will know things you did not know before, such as:

a) why developed countries give aid to developing ones;

b) why we should care about hydro-hubs as the major centers of expertise in the 21st century; and

c) why mercantilist capitalism and global sustainability are hard to reconcile.

Participation in the forum is paid, but gives access to 200+ sessions some of which are given by important scholars, professionals and business people. The list of speakers is here. Some of the star speakers are Joseph Stiglitz, Jeffrey Sachs, Ban Ki-moon, Antonio Guterres, a host of ministers, ambassadors, CEOs and professors.