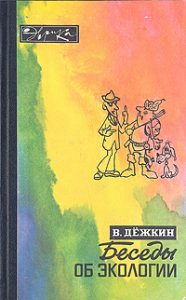 This is a brief sojourn into the social science literature on environmental and policy change which shows the diversity of the field, the multiplicity of assumptions, emphases and models. It also shows that some of these ‘labels” may have more in common with assumptions and hypotheses made by the quantitative researchers than others. Thus, bringing this diversity in light may be the first step in creating the dialogue, and indeed, bridging the big gap among the researchers, including those in water governance. So, what is your label? And would you like to be labeled? I prefer to stay a “scientist-poacher”!

Forgive a brief indulgence in personal anecdote, although exclusively for a purpose. I was interviewed for a job at a Dutch University some years ago, and since my PhD thesis had neo-Gramscian ideas, I was asked whether I was a neo-Gramscian. The intention was to indicate that there are a few like-minded prominent researchers at an associated faculty of social sciences. I responded that I was not sure who I was, perhaps a social scientist with a variety of ideas. In reality, I was a “scientist-poacher”! I have been encroaching on the fields of economics, political science, international relations, geography, linguistics, cultural science and God knows what else! And I have no name for myself! That would not be a problem if not the human need to classify in order to comprehend and judge (see a nice article by Freeman and Frisina on this). Nowadays, you are not because you think, as Descartes had proclaimed. You are because you have a label! 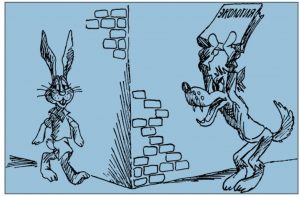 Now, turning to labels, qualitative accounts of environmental change often are presented in opposition to quantitative ones. This created two fallacies: first, the connection between qualitative and quantitative methods has been disposed; and second, all qualitative accounts are seen as more or less the same type of social science applied to environmental change. This is deeply problematic. Just to show you the diversity of social science field, in a recent review paper that a colleague of mine and I are writing, we came across scholars who claim to be “political ecologists’, ‘political economists”, “international political economists”, “political geographers”, and “discourse analysts”. What does unite these fields and what does distinguish them? Are these “fields” at all, or rather ‘disciplines’? How do you find out who you are?

A brief review my colleague and I have done for the paper on river basin organizations has shown that the following characteristics distinguish the field. First of all, political ecology makes emphasis on power, scale and the importance of external political factors to policy and environmental change. This has been applauded by some (such as Newmann, 2006, Batterbury and Fernando, 2006) and criticized by others (Walker, 2006; Vayda and Walters, 1999). The main point of criticism is two-fold: a) there is not enough engagement of scientists with policy and doing something about environmental change; and b) they assume that politics is always relevant and is more important than environmental change on the ground. The discussion is going on, for example the recent 2nd edition of the Handbook of Political Ecology includes addition of the chapter on environmental change (Chapter 7) to reflect this criticism. The debate on engagement of scientists in policy is a broader one. By contrast, political economy underlines the importance of interests in the dynamics of power and scale. There is a well-developed and institutionalized field of international political economy (IPE), which has traditionally been positivist among the IR scholars and has recently seen efforts to develop constructivist explanations (Abdelal et al. 2011). The introduction chapter by Abdelal et al. (2011) is a must-read for scholars interested to find out if this if their “label”. The critics of political economy have emphasized the importance of values and difficulty in proving that actors indeed possess certain interests. An additional point of criticism is the determinism in this stream of literature, an assumption that actors know what they want and pursue action in accordance.

Turning to political geography it is difficult to argue that it is completely different from the two fields mentioned above. In fact, it seems that political ecology and political economy are parts of political geography, although some political economists would disagree with me. This a field (if I may) that is more institutionalized, has a highly regarded journal (Journal of Political Geography) and is close in origins to Human Ecology and Human Geography fields. Many university departments, for example the Oxford University Centre for the Environment maintain the difference between Physical Geographers and Human Geographers, and the latter may sound a bit less controversial. Finally, there are many scholars claiming to engage in discourse analysis. It is a field of studies that pays attention to language, translation and the primacy of text in determining action, interests, perceptions, and in its entirety constructing what reality is. Critics argue that this is rather a method and not a field, it can be applied to any phenomena involving text. The proponents respond that discourses are constitutive of the world around us, they are influenced as well as shape the reality, and therefore represent ontology, a way of knowing the reality, which is more than simply a method.

P.S.
This post was written earlier for www.watergovernance.eu and can be founds also here.