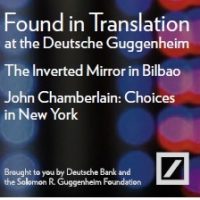 is one thing for a concept and a network of scholars around it to get into the panels at conferences, and it is another thing when those panels are attended by a large number of people among whom are the distinguished policy analysis scholars with the world-wide fame. We can say with confidence that Policy Translation has reached that stature when it attracts the full room of interested policy scholars and students as it was in Vienna conference on The panel “Policy as Translation: Reassembling Knowledge, Authority and Power across Time and Space” was chaired by Paul Stubbs of Zagreb Institute of Economics and included papers by John Clarke of Open University UK, Noemi Lendvai of Bristol University in the UK, Dave Baitson of Goldsmith University in the UK, and Farhad Mukhtarov, Martin de Jong and Robin Pierce of TU Delft n The Netherlands.

Noemi Lendvai presented the paper on the understanding of social inclusion in Hungary. A concept which has been brought from the EU lexicon into the Hungarian policy arena where it has hitherto not existed caused the dance of political power around it — an area of high interest of policy translation analysis as it connects language with power and multi-level governance.

John Clarke, in a highly animated talk with made many good points with a masterful use of humour discussed the administration of research time in Universities and what it takes to make the research labour registered as any other type of labour.

Finally, Dave Baitson, in a very unusual presentation put forward an analysis of what may be seen as ‘Buddhist social science’. Dave looked at the concept of education in Buddhist communities in South Asia and the importance of silence in educating.

An interesting discussion followed on what ethnography is, the relationship between discourse analysis and policy translation, the role of language in political analysis and the travel of ideas of accounting for research time. An after-panel discussion which I had with a few scholars made me further confident that there is great future in this field of study.