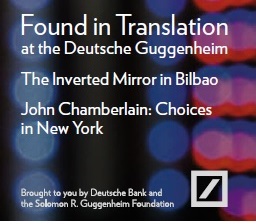 What happens when a policy idea becomes internationally popular? An idea that becomes a darling of international policy communities that propagate it and institute a system of reward and punishment around its application. And how then do we know if an idea is only a buzzword or a real instrument that solves problems on the ground? At what level do we start such an examination, and using what set of criteria? Are we starting with the question of effectiveness, that is whether or not a policy is of any good in terms of problems it has been evoked to solve; or rather with the question of how an idea is proliferated and spreads around, that is the question of mechanisms, actors and interests of the process. In other words, what is to be studied first: the process of spread or the outcome o

And finally, when policy ideas spread internationally and ubiquitously, how can we position ourselves to make sure that the process is not random and completely unmanaged? What actions can we take to make sure that good ideas spread, that they spread in a certain way and get applied to the right type of problems and situations? If that is possible at all…

Examples help. Think of “participation” and “empowerment” along with “poverty reduction” (Cornwell and Block 2005). Or Integrated Water Resources Management (Mukhtarov 2009), River Basin Management (Molle 2008) and multi-stakeholder platforms (Warner 2006). Environmental policy is full of policy ideas and innovations that are popular internationally, yet have either unrecorded or dubious implementation record on the ground. Let’s take one, Integrated Water Resources Management and try to explore the problem a little bit in-depth. For this, revisiting the the title is a good idea as you perhaps started to wonder what do elephants have to do with all these.

Blind men and an elephant

As John Godfrey Saxe famously put it in “The Blindmen and the Elephant,” humans often dispute complex issues of whose essence they have grasped only partly. Being a versatile concept that exists at multiple levels and in multiple forms, IWRM has provoked a lively debate about its basic meaning, function, ways of implementation and the overall practical value. Few agree on a specific definition; the critics point to the poor record of implementation and the idealistic nature of the concept, whereas the proponents see it as a “boundary” concept that provides a common ground for various disciplines to come together. Still, one could see IWRM as a proverbial elephant to which Saxe alluded in the epigraph, but with an important difference: owing to the international popularity of IWRM and its proliferation at the global scale, it is rather a “flying elephant”. And not only IWRM, but many other policy ideas that are intensively debated can be seen as flying elephants.

Introduced in this context, policy translation is a concept that attempts to capture the process of travel of policy innovations and the complexity involved in this process. This is an attempts to see all dimensions of an elephant, and see how different actors in different settings buy into varying interpretations and understanding of an idea.

The concept of translation is very attractive because of its breadth of possibility to look at several issues simultaneously through the same lens: “it comprises what exists and what is created; the relationship between humans and ideas, ideas and objects, and humans and objects – all needed in order to understand what in shorthand we call ‘organizational change’” (Czarniawska and Sevon 1996: p.24). Translation, in my definition, is the process of modification of policy ideas/innovations and creation of a new meaning and design that reflects the political struggle of actors within a particular context in which an innovation is introduced. As such, policy translation is different from policy transfer or diffusion as it allows for modification of ideas and views this process as essential to the process of policy making.

There are 4 areas in which policy translation is innovation and in which it can be developed in the future. These are as follows:

1) It allows for explicit and better treatment of the issue of rationality and deliberateness in the transfer of policies, ideas and innovations.
2) It explicitly acknowledges and attempts to deal with modification of ideas and policy innovations in the process of travel.
3) It explicitly deals with the issue of scale in the travel of policy ideas, focusing on the “spill-over” effect of policy ideas which often are re-produced at multiple governance levels.
4) Finally, it allows for empirical examination of these ideas in contrasting policy contexts, such as in developed, developing and transition countries. The underlining hypotheses are that different context will influence different dynamics and trajectories of policy translation.

Busch, P., Jorgens, H., and Tews, K. 2005. The Global Diffusion of Regulatory Instruments: The Making of a New International Environmental Regime. The Annals of the American Academy of Political and Social Science, 598.

Dolowitz, a. M. 2000. Learning from Abroad: The Role of Policy Transfer in Contemporary policy-making. Governance:. An International Journal of Policy and Administration.