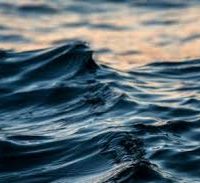 With the rise of globalization, models for good water governance, such as integrated water resources management (IWRM), river basin management (RBM), river basin organizations (RBOs), water user associations (WUAs), and more recently, water pricing and payments for ecosystem services (PES), all travel around the world to impact policy-making at national and local levels. This dynamics has been captured in the post on policy translation on this blog.If one considers a region where most of such policies have been tried in the period of 20 years – few places may compete with Central Asia and Caucasus.

A polygon for testing new policies in water and environmental governance, this region is known to consist of countries in “transition” moving from communism to market-based economy. Such transition almost by default has resulted in the uncritical embrace of market-based instruments and neo-liberal thinking. The normative appeal of the West and its policies further provided the favourable environment to export policies to Central Asia and Caucasus. But the most important factor in the almost industrial scale import of Western institutions in water management to Central Asia and Caucasus was the alarmist discourse of the Aral Sea disaster and the coming wars over water in this remote region of the world. The images of the ship shown above have mobilized the flow of resources into the region. Policies, such as international agreements between countries, data exchange policies, river basin organizations (both domestic and international), IWRM plans, water codes and water user associations proliferated in Caucasus and Central Asia. It became trendy and often lucrative to be dealing with Central Asia, be this consulting, development work or academic research.

Since mid 1990s, the international policy and scholarly attention has moved away from water wars. Ken Conca in famous by now 2006 book “Governing Water” cites Libya’s Moammar Gaddafi predicting the next war in the Middle East over water (p93). This view is now in minority among the expert community as the evidence suggests that scarcity rather promotes cooperation than conflict (see Aaron Wolf’s database on international river basin agreements). And thus, the Central Asia and Caucasus “grand narrative” of being on the edge of water wars, and the Aral Sea disaster repeating itself, has gradually been replaced by the need for gradual institutional change.

The challenges of reform however are formidable. The enthusiasm with which republics in the region embarked on new institutions from the West has proved not sufficient. Most of innovations listed in the beginning of the post did not survive or got transformed into unrecognizable forms. What explains such large-scale failure?

One reason for this could be the path-dependency of the Soviet past. Jennifer Sehring, a former adviser to EU on Central Asian policy, has written interesting pieces on this subject. Another explanation could be the flawed way of development work focusing on “one size fit all” solutions, which is in line with political ecology critique of development. Yet another explanation may be in the fact that any idea of externally imposed reform is dubious, and facilitation of inner processes may be more prudent. I have heard a lot of criticism of international consultants working in the region, and who have been labeled ‘insultants” (Stubbs 2004). Often local experts in the region feel redundant. James Wescoat – a prominent US geographer has cited a Uzbek local water expert complaining about this eloquently: “we have our own mustages!” Local expertise falling prey to universal solutions promoted by consultants and international organizations and NGOs is indeed a plague of institutional reform in Central Asia and Caucasus.

There is hope however. The climate change agenda has attracted much attention of international experts on adaptation measures in the region, and new ideas are floating in academic and practitioners’ circles as to how to move ahead with the uptake of policies introduced from the West.

One such idea which materialized into a project is the Amudarya river basin network website, which now is fully functioning and has the wealth of materials for academics and policy-makers alike. With more of such initiatives, a community will form and action will become more collaborative and effective, and perhaps there will be less transfer of Western institutions to Central Asia and Caucasus, but more learning instead.