This is a series of blog posts of approximately 500 words to discuss various debates and issues around Behavioural Public Policy and policy mixes. It’s based on this forthcoming article.

The project on behavioural public policy, that is a field of policy interventions “directly inspired by, and designed on, the principles of behavioural research”[1], has made much impression on politicians, policy-makers and academics in the past few decades. Ever since Daniel Kahneman won the 2002 Nobel prize for his work with Amos Tversky and publication of his best-seller “Thinking Fast and Slow” in 2011, and Richard Thaler’s Nobel Prize in 2017 and his best-selling book “Nudge” co-authored with Cass Sunstein from 2009, other two important names in modern behaviouralism, this agenda dominated the world of public policy and development studies. Research exploded as did so-called Behavioural Insights Units in governments around the world, with over 130 such units recorded in 2013 according to one source[2]. The 2015 World Bank World Development Report titled “Mind, Society and Development” has affirmed the popularity of this approach in development studies and entrenched many faulty assumptions on how humans behave. OECD produced this video about BPP, an area of research OECD has been active in.

END_OF_DOCUMENT_TOKEN_TO_BE_REPLACED 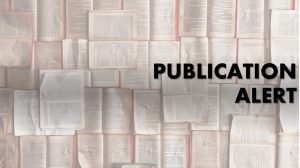 Working with good MA and Ph.D. students is what I enjoy most in my work. Lecturing and discussions are also very nice, but nothing can beat coaching, mentoring and helping others achieve their professional/personal goals rooted in curiosity. Of course, when my curiosity is combined with theirs, it becomes even more energizing.

END_OF_DOCUMENT_TOKEN_TO_BE_REPLACED

Panel teaser “Water Governance and the Rise of Global Hydro-hubs as Developmental Actors” on 5 July 2021 at 15.30 CET time

From ‘Ministers and Merchants’ to Neutral Brokers: Aspirations of Water Diplomacy of the Netherlands

This post presents findings from our latest article published in International Journal of Water Resources Development.

“An old cliché about who the Dutch really are – a mix of merchants and [religious] ministers — applies to foreign policy as well” (Lechner 2008: 247)

Water conflicts loom large in the present world. Think about Israel/Palestine/Jordan, India/Pakistan, Turkey/Syria/Iraq, US/Mexico and conflicts in the Mekong and the Nile basins. There are many more on a smaller scale. Water diplomacy seems to be the only solution to prevent bloodshed and ensure regional stability. END_OF_DOCUMENT_TOKEN_TO_BE_REPLACED

Merchandising Water Expertise in the Times of Climate Crisis: “Disaster Capitalism” or Markets for Resilience?

This is a call for project proposals to jointly apply for a Marie Curie Fellowship with Erasmus University Rotterdam as a host (working with dr. Farhad Mukhtarov at International Institute of Social Studies in The Hague). The candidate will have the freedom to shape the project towards his/her own interests, together with dr. Mukhtarov and other researchers at ISS. Below are some ideas that may offer guidance in your application. New ideas along the lines of water governance and the politics of knowledge/expertise are most welcome as well. A secondment at a Dutch non-academic partner is possible: options include a management consulting company, a water company or a regional water authority. Below are some ideas on a possible project within research interests and expertise of Dr. Mukhtarov.